The dangers of cosmetic tourism

At the end of February, it was reported by the BBC that an English woman is facing reconstructive surgery after being left scarred by cosmetic procedures from Turkey. Kimberely Sadd had 2 operations costing £6000 (about $12 000 AUD) to have breast implants and a tummy tuck after losing a great deal of weight from gastric band surgery. She flew to Turkey because it was a fraction of the price of surgery in Great Britain, but the experience did not live up to expectations.

Kimberly told the BBC “The hospital was a little old building in a back street…I only met the surgeon on the morning of the procedure. They marked me up and put me in a lift and I did not even get weighed before the anaesthestic”. Kimberley also questioned the hygiene of the villa where she stayed after her surgery.

And was Kimberly happy with the result?

Since coming back to the UK, Kimberley has had to go to emergency 3 times and get an antibiotic drip in her arm.

Unfortunately, this is not an isolated story

As reported by the ABC, Leigh Aiple travelled from Melbourne flew to Malaysia to undergo a 360 degree tummy tuck, extensive liposuction, an upper eye lift, a chin tuck, a thigh lift, chest sculpting and lip filler. This cost him a total of $35 000. After his surgery, Mr Alpie was complaining of shortness of breath, a rapid heart-beat and fainting spells. He was also vomiting. He was given the all clear to fly home to Melbourne only 5 days after his wounds were treated. Less than 24 hours after he flew back to Melbourne, he was dead.

The coroner’s report stated that Mr Aiple had open wounds that were oozing fluid and carers found him in pain in his hotel room with his bedsheets covered in blood. Mr Aiple died from deep vein thrombosis (DVT) when a blood clot moved from his legs to his lung. DVT is normally associated with flying but the autopsy showed the clots had occurred weeks before his plane trip while he was at the clinic in Malaysia.

Cosmetic tourism has become more popular over the last 10 years. The ABC reports that 15 000 Australians each year travel overseas for cosmetic and dental work. The lure of cheaper prices plus the idea of combining a holiday with a plastic surgical procedure can appear at face value, a good idea.

But as Dr Kennedy states, this raises some serious questions:

“The idea of being able to have a holiday whilst recovering from surgery is fallacious. The idea that you can be confident in the facility you are going to be operated in or the surgeon that is going to operate on you or the aftercare the you are going to receive is flawed.

You need assessment by someone who understands your cultural needs and you need a safe facility to be operated in.

Travel overseas really is a shortsighted approach to aesthetic surgery”

Some issues with having plastic surgery overseas have been identified by the Australian Society of Plastic Surgeons. They include:

When you weigh up all the risks, the cost-saving of cosmetic tourism really does not look all that attractive 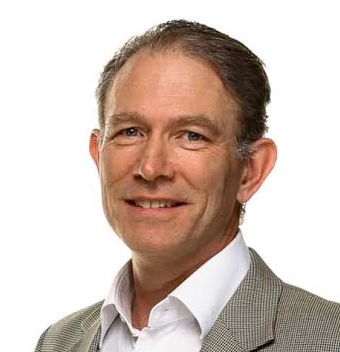 Dr Kennedy is a member of: